My story began in Oct. 2008 when I was only 23 years old. I had a large tumor growing out of the side of my face. After having it surgically removed, it quickly returned and I again underwent surgery on it. At that time I got the devastating news that it was a rare cancer, called Pilomatriical carcino/sarcoma. I again underwent surgery and then 7 weeks of radical radiation, which left me with hair loss on the left side and back of my head. At that time, I didn’t know the hair loss would be permanent.

I then underwent 4 rounds of chemotherapy, which of course caused me to lose the rest of my hair. I was very blessed and thankful to have survived the cancer and have been cancer free for 4 ½ years now. However, I was left with no hair on the radiated side and the back of my head, as well as unsightly scars from the surgery. With no hair to cover the scars, and the embarrassment of having a half a head of hair, my self-esteem was low. I started wearing hats to cover it up. I continued to wear hats for over 2 years before my parents suggested that we check into getting hair transplants.

At that time, we met with Dr. Daniel McGrath and were told that hair transplants would be a good option for me. I was thrilled with that news, but knew that I couldn’t afford them, with all the medical bills that I still had from all of the cancer treatments and continuing PET scans. That was when we learned about the ISHRS Operation Restore program and how they could help me get the transplants at no charge.

This was a big turnaround for me. I submitted my application and was accepted in the ISHRS Operation Restore Pro-Bono program, and Dr. McGrath and his staff agreed to do the surgery. I was thrilled and very anxious to get it done! I wasn’t afraid of the surgery being painful, since I had already been through so much with my cancer treatments. But it actually wasn’t too bad anyway. I had the transplant surgery in July 2011, and about 6 months later I had a full head of hair once again. It has changed my life so much – I am no longer self-conscious and I have my self-esteem back. I am eternally grateful to ISHRS and to Dr. McGrath and his staff for making this possible for me.

I highly encourage other cancer patients that have lost their hair from radiation and feel that there is no hope to ever have that hair back again, to contact ISHRS. I can’t thank them enough for what they did for me. 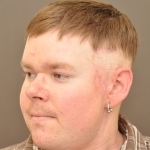 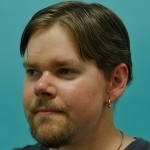 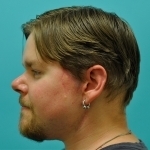